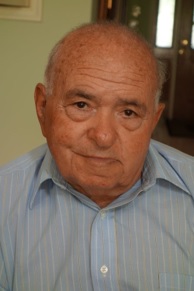 Yom HaShoah commemoration is April 27 at the Jewish Cultural Center

There is no charge to attend, but guests will need to RSVP. After a brief candle lighting, local community member Bea Lurie will talk about her father and his journey as a Holocaust survivor.

Lurie, had a bucolic life in Kovno, Lithuania, surrounded by family and friends. But at the age of 11, her life was forever changed by the murderous anti-Semitic rages of the Lithuanians and the invasion of the Nazi barbarians. From ages 11 to 15, Mr. Lurie was in six concentration camps where he faced inhumane conditions, constant fear and brutal treatment. He was surrounded by death, but also, on occasion, by humanity. After his release from the Buchenwald Konzentrationslager on his birthday, Mr Lurie was sent to a Jewish orphanage in France where he was eventually found by his family in America and resettled. Mr. Lurie celebrated his 92nd birthday and 77 years since release on April 11, 2022,” officials said.