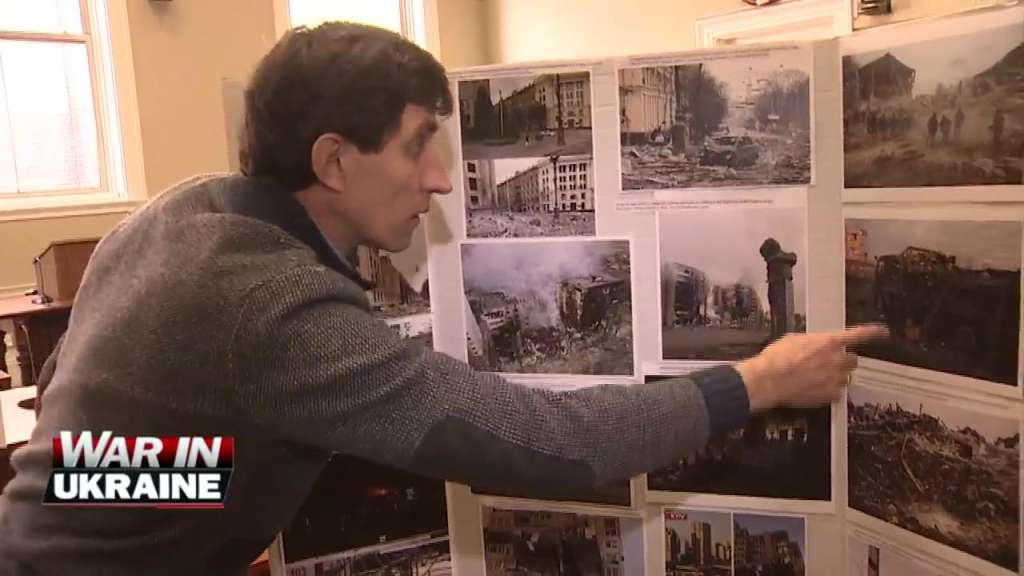 MELROSE, MASS. (WHDH) – The Ukrainian Cultural Center of New England helped raise awareness of what is happening in Ukraine during an information session at Melrose Town Hall on Saturday.

Andriy Boyko has shared before and after photos of the Ukrainian town where his children were born. After photos showed extensive damage to the city from the Russian attacks.

“People are now hiding from missiles, from bombs,” he described. “The children are sitting in the basements; in some places without food, without water.

Boyko is also worried about his parents who he says are in territory that Russian troops have taken over.

Kitty Flynn is a resident of Melrose who felt it was important to attend this information session.

“We thought we were coming to learn a little more about Ukraine and witness what people are going through there,” she said.

“These are big problems, you don’t know how to hook up, you know something’s wrong, you know you’re not going there, you’re not a diplomat or anything, so how do you tune in? how do you show your support?” he asked.

Local Ukrainians say they hope that by sharing their stories, they can encourage US lawmakers to take more action.

“The first element I would like to ask concerns the closing of the sky,” said Andriy Boyko. “It means they stop bombing our cities. They stop killing our people.

City officials say they hope to have another community engagement session regarding Ukraine in the near future.

(Copyright (c) 2022 Sunbeam Television. All rights reserved. This material may not be published, broadcast, rewritten or redistributed.)

Join our newsletter for the latest news straight to your inbox