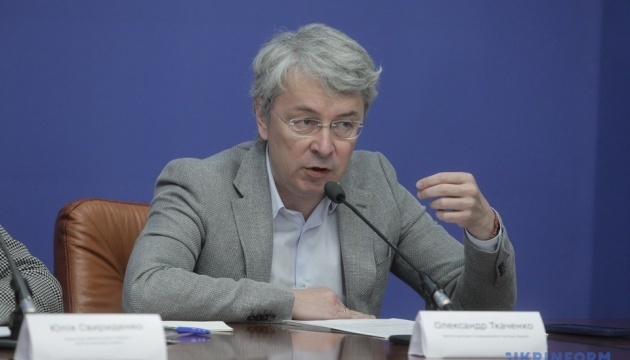 Ukrainian Minister of Culture and Information Policy Oleksandr Tkachenko called on the global cultural community to do everything possible to release the director of the Kherson Regional Academic Music and Drama Theater Oleksandr Knyha as soon as possible , who was kidnapped this morning by Russians. invaders and taken in an unknown direction.

“This morning, Russian terrorists kidnapped and took in an unknown direction Oleksandr Knyha, director of the Kherson Regional Theater of Music and Drama, deputy of the Kherson Regional Council, founder of one of the most popular international theater festival Melpomene de Tavria. We call on the entire world cultural community to make possible and impossible efforts for his rapid release! The whole world must know this! wrote the minister.

As reported by Ukrinform, Oleshky Mayor Yevhen Ryshchuk said in a video address posted on Facebook that the Russian attackers kidnapped Oleksandr Knyha, general director of the Kherson Regional Academic Theater of Music and Drama, chairman of the international festival theater director Melpomene de Tavria, the head of the Eurasian Theater Association.