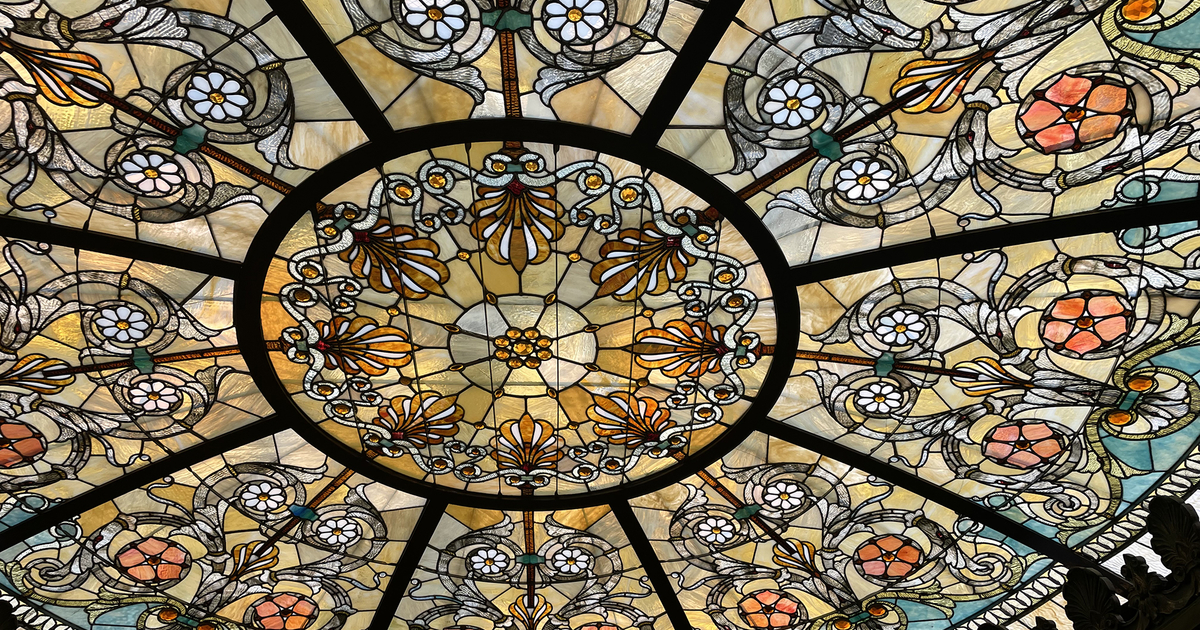 Over the years, he said, “There were people coming up, and they were looking at this dome, and it was dirty and broken. It was kind of nasty. And they were like, ‘Oh, we’d like to fund the repair. from the dome. And I’d say, ‘Hey, great.’ And then we’d figure out how much it would cost and we’d never hear from them again.”

In 2008, long after Chicago’s main public library building was transformed into a cultural center, the city was able to restore what is billed as the world’s largest Tiffany stained glass dome, a 38-foot-tall masterpiece. diameter featuring the company’s Favrile iridescent glass. a geometric fish-scale pattern on the south side of the building, above Preston Bradley Hall, along the main circulation hall of the library.

However, its more botanical but no less eye-catching northern counterpart, built by Chicago firm Healy & Millet using Tiffany specifications for color and glass, did not receive the same TLC.

So when the foundation — as Samuelson explained, anonymity is the group’s thing — came to talk about finally funding this dome work, “my heart went up,” Samuelson said: He could live to see new life breathed into the rooms centerpiece with the names of Civil War battles carved in marble. These rooms were dedicated to the Grand Army of the Republic and used for the first five decades of the Cultural Center by this politically powerful fraternal organization of Union Army veterans.

But Samuelson also thought of Charlie Brown and football, and he’s the one wearing the zigzag patterned shirt.

The more they talked, however, the more he realized this was a serious, earnest offer. And then some.

“I took them to the dome room to talk about it,” he recalled. “And I said, ‘Oh, by the way, you know, the walls were originally decorated by Tiffany, and nobody even knows Tiffany was involved. And it’s under all those coats of paint. And they said, ‘Oh, maybe we can help you with that too.’ “