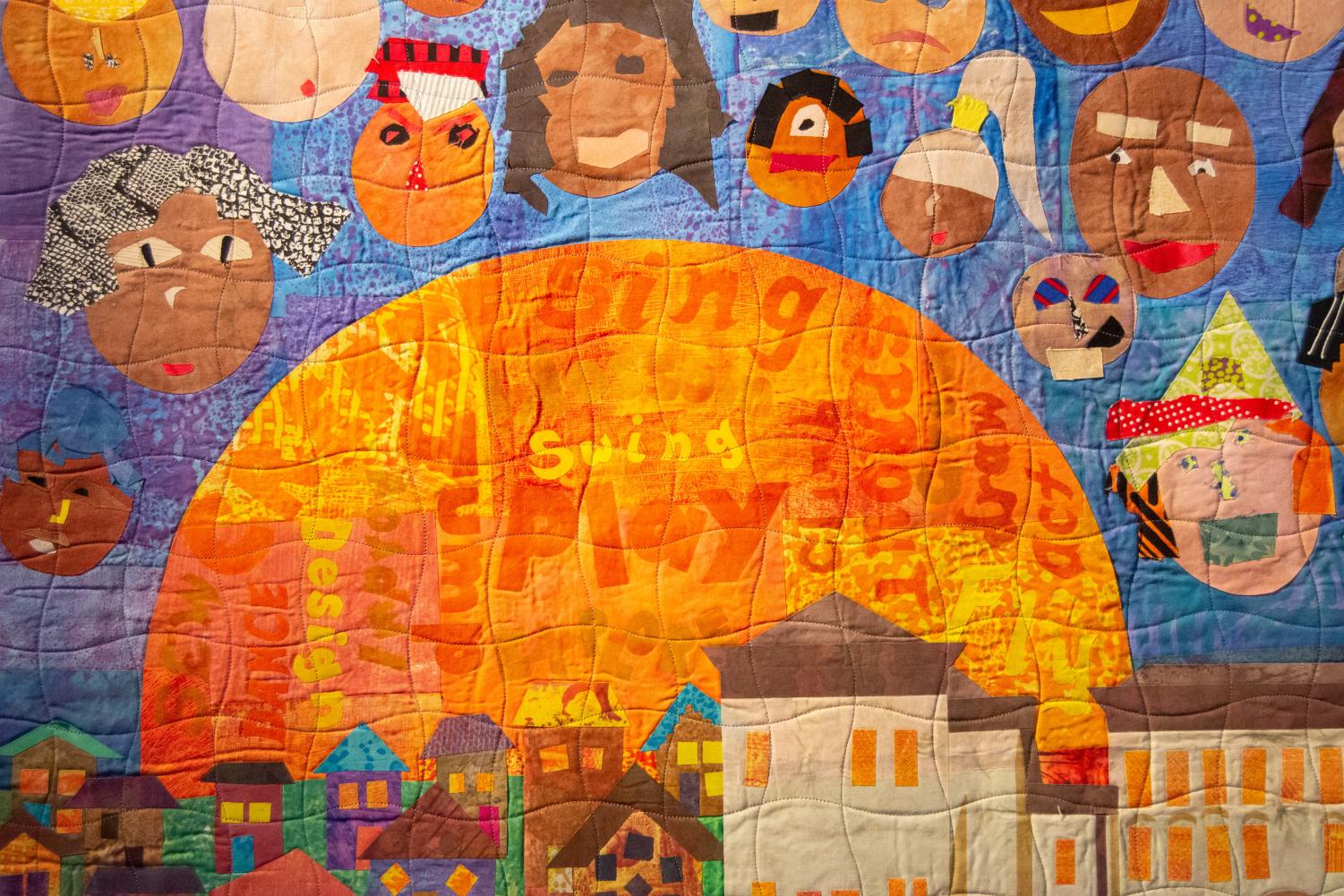 Maggie Weiss, Artist-in-Residence at the Noyes Cultural Arts Center, created a quilt with young people from Evanston to reflect the center’s focus on community.

Young people from Evanston who visit the Noyes Cultural Arts Center can see themselves depicted in fabric images they helped create.

Becoming one of the centre’s few permanent pieces, the ‘Making Noyes’ handcrafted quilt is the work of artist-in-residence Maggie Weiss and a youth group from Evanston. Weiss said the inclusion of young people gave the play the necessary playfulness.

“If I had made all those funny faces, it wouldn’t have the same fun energy. It would be boring,” Weiss said. “When it’s an entire room of kids, all of their energy is shattered, and that’s just the best.”

The quilt features fabric self-portraits created by participants of the center’s youth art camps. Depictions of the center of Noyes and the surrounding houses form the background of the quilt. Words like “music” and “paint” also decorate the quilt, giving viewers an idea of ​​the activities available for children at the center.

“Making Noyes” marks a thematic shift in Weiss’ works. Based in Evanston, Weiss typically creates fabric pieces that reflect nature’s beauty or address social issues. However, Weiss said she wanted this piece to reflect the community-focused work of the Noyes Center.

“A lot of other pieces are unique to the artist himself and are very meaningful, deep and amazing,” Theis said. “But she just wanted to create something that was for everyone (at) the Noyes building.”

The center’s artists-in-residence rent studios and are obligated to give back to the community with dedicated service. Many, like Weiss, contribute by providing opportunities for the community to get involved in the arts.

Weiss began his residency about 15 years ago. During her artistic career, she has engaged the community in artistic activities, including volunteer sewing and art workshops with local youth.

According to Theis, Weiss came up with the idea of ​​involving the community in creating the quilt. “Making Noyes” went through the internal approval process by the Noyes Tenants Association, which is made up of other artists in residence.

“Most of the time we have a rotating exhibition cycle, but every now and then major tenants offer to do a piece that will live here,” Angela said. “It was very important for the Tenants’ Association to highlight the vibrancy and diversity of the medium and the people who gather and pass through this building.”

The center held an event celebrating the debut of Weiss’ play and two others on March 25. Weiss’ “Making Noyes” was accompanied by an exhibit from the Actors Gymnasium and another play centered on Evanston, which uses material from houses in the region to analyze the diaspora of folk traditions in the Caribbean, through its fellow artist in residence Yanira Collado.

Weiss said his favorite part of “Making Noyes” wasn’t the piece itself, but the manufacturing process.

“It gives children a voice and it gives their expression a public display,” she said.