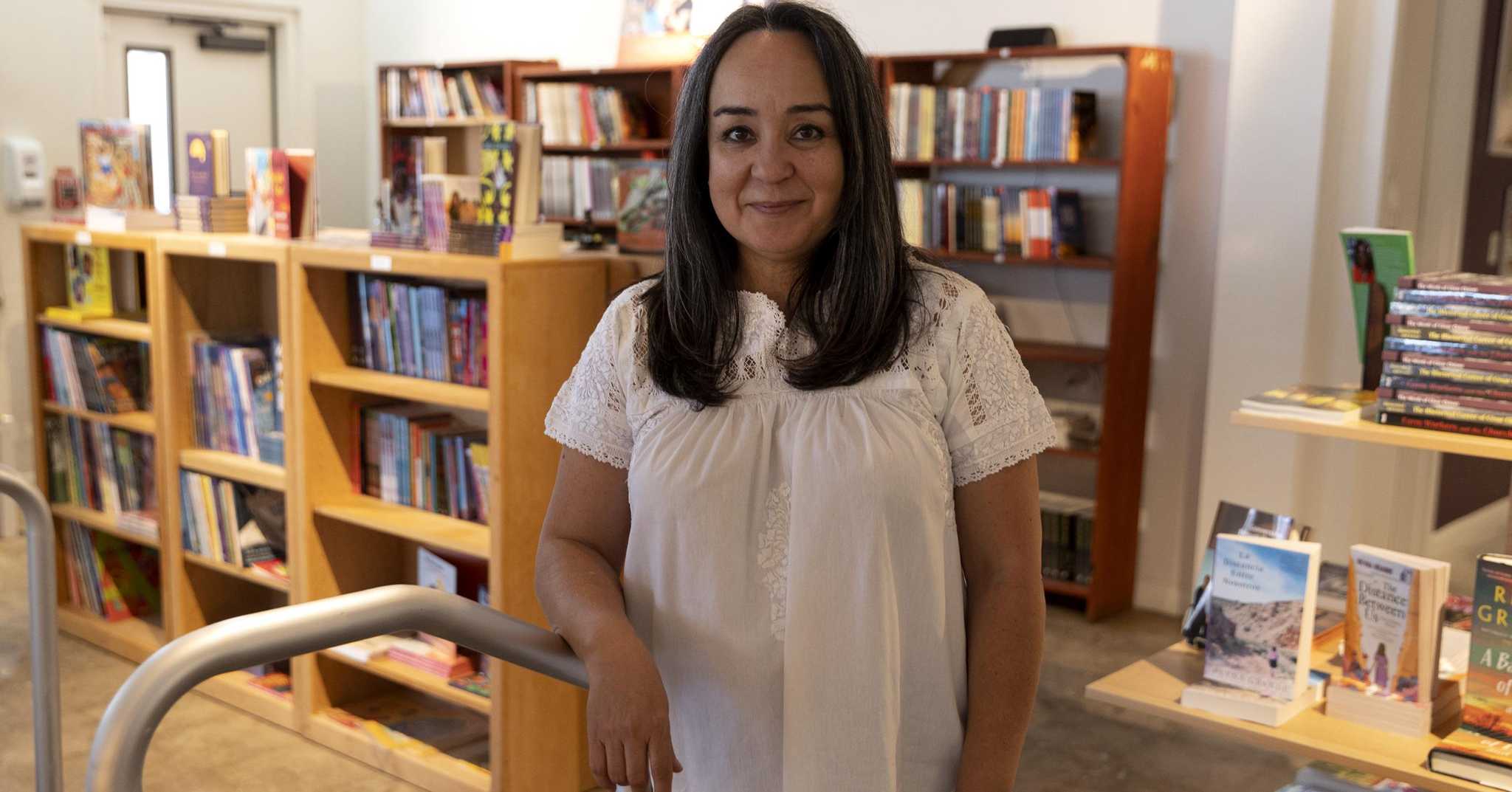 The boutique, part of the Guadalupe Cultural Arts Center, is launching its monthly Texas Author Series with Reyna Grande, who will read her new novel, “A Ballad of Love and Glory.”

The community gallery adjoining the bookstore will hold an opening reception for “Still Here: Transitions from the West Side,” an exhibition of a portfolio printed by art students from Lanier High School. They worked with artists Ashley Mireles and Jennifer Arce on the project. The exhibition is the first community exhibition in the space.

Due to side-by-side events, Grande will read at the Guadalupe Theater and then she and her audience will cross the street to the store for a signing.

What: Reyna Grande will read “A Ballad of Love and Glory”.

“I know that in the past Guadalupe had strong literary programs, festivals and all kinds of things,” said Ballí, who has worked at Guadalupe for five years. “We’re going to take it slow. We build it as we integrate the authors. We want it to be the cornerstone of a literary program.

Building this program is just part of what is happening in Guadalupe these days. Among other things, the center continues to bring back live editions of its flagship programming, which were put on hold or online at the start of the pandemic. It also strengthens ties with other West Side nonprofits. And he’s making long-term plans, an effort facilitated by a million-dollar gift from philanthropist MacKenzie Scott last summer.

After two years of not being able to go full throttle, it feels good to be back to more regular programming, Ballí said.

“The good thing was the response,” she said. “Everyone is so ready to go out. All the events – not just us, not just Guadeloupe, all the arts organizations, everyone talks about how the events are so well attended because everyone is so happy to get out there and connect with the community.

One of the big upcoming events in Guadalupe is the Tejano Conjunto festival, which will be held in person for the first time since the pandemic began. It is scheduled to take place May 16-22 at Rosedale Park.

“The phones keep ringing,” Ballí said. “Our audience is still very low-tech, and that’s what they’re calling. They’re calling and wanting to know when tickets go on sale and what the dates are.

This year marks the 40th anniversary of the festival, so the team at Guadalupe are pulling out all the stops. In addition to music, it will include a mini-film festival, a panel discussion on the state of conjunto music, and an exhibition of works by musician and artist Cande Aguilar.

The theater program also includes offerings, including an exchange with the Su Teatro Cultural Arts Center in Denver. La Guadalupe sends “Carmen from Mexico”, Anna de Luna’s solo exhibition based on her mother’s trip from Mexico to the United States, to Denver. And Su Teatro will send “Interview with a Mexican” here.

Guadalupe Latino Bookstore’s lineup kicks off with the reading of Grande Friday. Eventually, the plan is to offer a range of events, including poetry jams and readings from self-published and unpublished writers to encourage them to stick with it.

Literary curator Tony Diaz sees the Texas Authors Series as an important step in putting the store on the radar of readers across the state.

“What the series does is help drive home the message that this is a site that the whole state can enjoy and be proud of and maybe other cities can emulate,” said Diaz, a Houston-based writer and activist.

Grande’s book, which Publisher’s Weekly describes as “a worthy old-fashioned epic of romance and war,” delves into Texas history. It is set during the Mexican-American War and follows the romance between a Mexican nurse and an Irishman who serves in the Mexican military as part of the real Batallón de San Patricio.

Texan author readings will be held on the first Friday of each month. The May 6 release will feature Mouthfeel Press, a bilingual publisher based in El Paso; the June 3 event will feature Texas Poet Laureate Lupe Mendez, who will read excerpts from his collection “Why I Am Like Tequila.”

As all of Guadalupe’s programs progress, groundwork is also underway for a capital campaign to fund much-needed repairs and renovations to all Guadalupe campus properties. This includes the catty corner of the Cesar Chavez building with the store, which serves as a storage and maintenance facility; the gallery, which is also home to the folk music and ballet programs; and the Guadalupe Theater.

The theatre, which dates back to 1940, needs repairs to its electrical system, plumbing and foundations, as well as an upgrade of its technical equipment. The city sent engineers to assess the theater last summer, and they found it needed about $3 million in repairs.

The fundraising campaign will likely be between $10 million and $15 million, Ballí said. Scott’s donation will provide seed capital.

“We’re going to hire an architectural firm to help us really think through what we want to do with the whole campus and then raise the funds to do it,” she said. “We can actually make a proper plan. We don’t have to wait for grant funding – we’re good to go. That’s what we’re working on right now. »

The bookstore, which is located in the Progreso building opposite the theatre, is still evolving a bit. Inventory is being built and eventually items from local artists and vendors will be sold there.

A corner will soon be dedicated to the store’s role as a welcome center for El Mero Weso, the West Side Cultural Arts District.

Besides the Guadalupe, the neighborhood includes SAY Sí, the National Association of Latin Arts and Cultures, the Avenida Guadalupe Association, the Cultural Arts of San Anto, the American Indians of Texas, and the Museo del Westside of Esperanza Peace and Justice Center, which has just been inaugurated.

“We don’t have a lot of marketing infrastructure yet, but we certainly have the history,” Ballí said. “We are all here. And this is the epicenter of it.