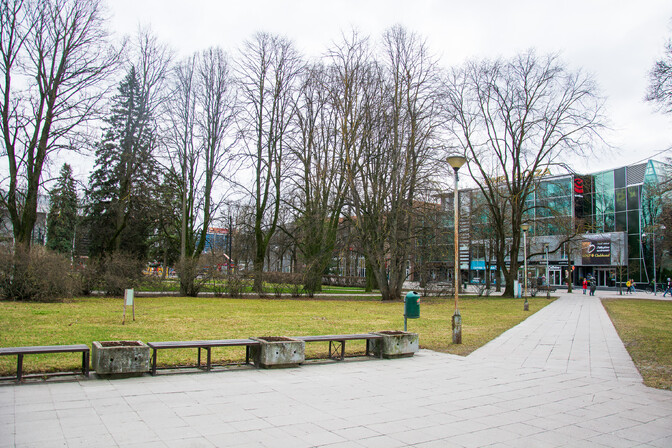 Tartu’s new cultural center will be completed by 2029 | News

While the Riigikogu approved the bid for the center with the initial completion date of 2027, the project is targeting 2029 as the initial phase has experienced delays, Tartu Deputy Mayor Gea Kangilaski explained.

“All these initial activities have been postponed. The decision of the Riigikogu also came later than expected, etc. It will still take the same time to make the preparations, organize the architectural competition and execute the plans. That is why we we need those two years,” Kangilaski told ERR.

The city government also estimates that the project could cost 97.3 million euros instead of the planned 60 million euros, which Kangilaski explains by the surge in construction prices. She stressed, however, that these were only preliminary estimates.

“The cost and a realistic timeline will become really clear when the construction tender is in 2026,” the deputy mayor admitted.

Margus Allikmaa, head of the Estonian Cultural Foundation, said the organization receives around 10 million euros a year for cultural objects of national significance.

“SÜKU will only need 1-3 million euros in the coming years. As far as I know. A lot of the money will be set aside, so to speak. There would be a slight surplus even if the construction of the Narva project [Kreenholm Culture Quarter] would be launched simultaneously,” Allikmaa said.

The endowment cannot use this money elsewhere without the green light from the Riigikogu. Because inflation makes it senseless to have money in accounts, Allikmaa thinks the Riigikogu Cultural Affairs Committee should find other uses for the funds. On the other hand, once the construction of SÜKU starts in 2026, it would take longer to pay.

“If originally we could have built SÜKU using a four-year receipt, it will be more by 2026. Then the period will be longer. This also means that the next objects will be postponed by the same amount,” said admitted Allikmaa.

He said that while he was not necessarily willing to change the order in which cultural objects of national significance are funded, the Riigikogu should revise the schedule due to rapidly rising prices.