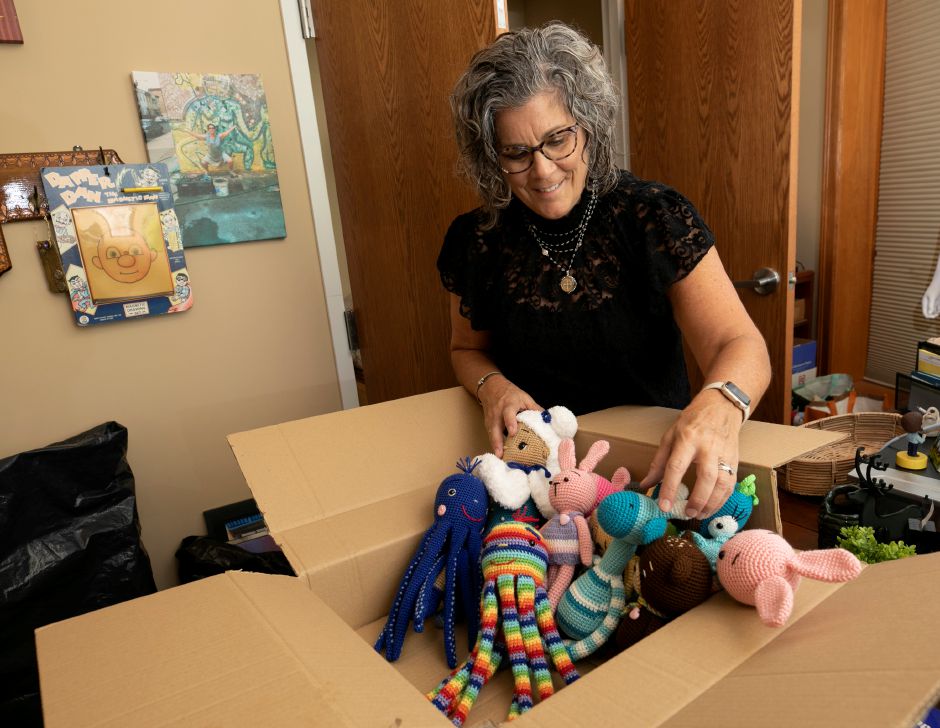 SOUTHINGTON – Ukrainian artists will display their creations at the Southington Community Cultural Arts Center on Main Street next month.

Contributing artists include those living in Ukraine, Israel, Poland and locally.

All artists are women, many of whom left their home countries following the Russian invasion earlier this year. Men have been prohibited from leaving the country since the invasion.

Proceeds from the sale of paintings, collages and jewelry will benefit Ukrainian causes and refugee women and their families.

“We just hope to get these women back on their feet,” said Diann Thomson, the arts center‘s executive director.

Avon resident Olga Tsyfanski and her son Andrew came to the United States in 2008 but still have relatives in Ukraine, including Tsyfanski’s father. She and her son are making jewelry to sell at the upcoming expo to help fund essential supplies and military equipment for the soldiers.

Tsyfanski is also learning the traditional embroidery of Ukraine, which includes different designs for different regions. Some of her family’s embroideries will be included in the exhibit.

“Ukrainian embroidery is an integral part of our history,” she said on Friday. “Now we are trying to reincarnate it and leave it to our children.”

While some painters are local, Thomson said they expect works from those overseas. They have just received paintings from a Ukrainian now living in Israel and hope to get some from Ukraine even in time for the exhibition.

All the paintings will not be for sale but will highlight the artists and may give rise to other works.

The exhibition will open on September 6 online and in person. SoCCA is hosting a celebratory evening on September 10 with a Ukrainian chef and Ukrainian speakers.

The art will remain on display for the annual Apple Harvest festival in late September and early October.

“We then have a lot of foot traffic. People can walk around and buy things,” Thomson said.

The idea for an exhibition of Ukrainian artists began when Thomson was talking to Alexandra Anderson, a Southington resident who helped bring in family members from Ukraine earlier this year. Anderson was also a student of Thomson’s husband in college.

The stories of what the refugees endured motivated Thomson.

“I was so emotional talking to him. I had to do something,” she said.

SoCCA is located at 93 Main St. and can be viewed online at www.southingtonarts.org.