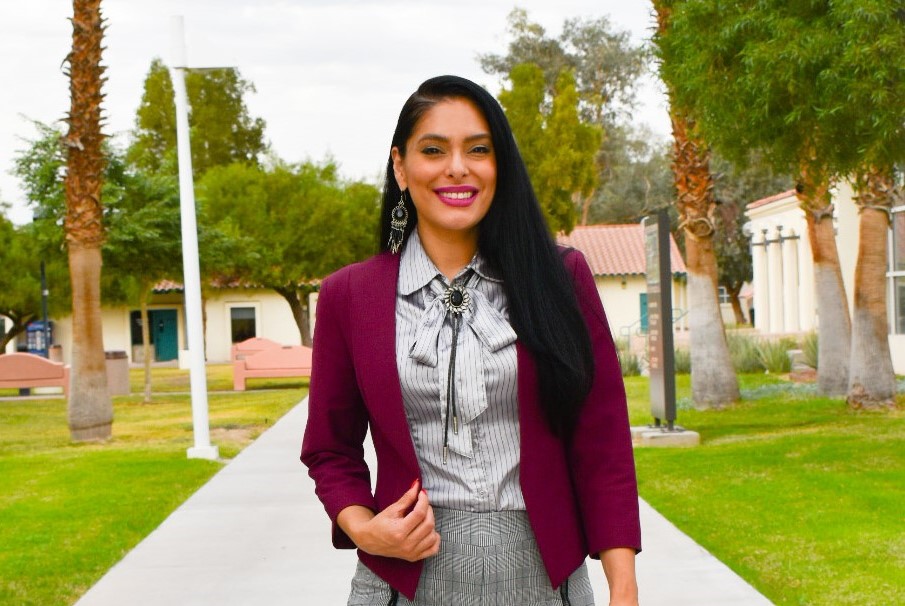 CALEXICO — Although San Diego State University’s Imperial Valley Cross-Cultural Center doesn’t yet have a physical space on campus, it’s on the mind of Vannessa Falcon Orta, who was recently hired to occupy the position of director of the faculty of the newly created center.

Since the Intercultural Center is currently in its initial phase, Falcon Orta has spent much of his time connecting with the campus community and various community members, to get feedback on what they would like to see integrated in the center.

Part of this outreach has included meeting virtually and in person with SDSU-IV faculty and staff, as well as members of its student government.

She also ventured across the border to meet Mexicali-based scholars and members of the Chinese-Mexican community to learn more about their unique view of the region and its diverse cultures.

Ultimately, the goal of the Intercultural Center is to create a welcoming space where the local campus community and the wider community can discover and celebrate each other’s experiences and identities.

“Representation matters,” Falcon Orta said in a recent Zoom interview. “The Intercultural Center aims to create an inclusive space for everyone.”

The establishment of the center in November is an extension of similar efforts that have been undertaken at SDSU’s main campus for the past several years. These efforts aim to provide diverse student communities with spaces, programs and events that promote learning and growth, inclusion and validation.

Falcon Orta’s outreach efforts will specifically focus on underrepresented groups in the region, such as Native Americans, African Americans, and other groups that are not as widely recognized locally.

She said she hopes to create programming and events that reflect the region’s uniqueness and highlight the resilience and challenges of its people.

Plans also call for a series of conferences that would bring together local activists, community leaders and researchers from the Valley and Mexicali who could help validate and further celebrate the experiences of these underrepresented groups.

“It’s the community that I want to amplify more broadly, and also for the main campus to learn from us,” Falcon Orta said. “A lecture series of this form can provide an exchange of this intelligence and excellence.”

At SDSU-IV, the intercultural center will join the recently established women’s resource center. This center was made possible by a $2,500 grant from the Southern California Gas Co. to MANA of Imperial Valley to support the establishment of the center.

Considering Falcon Orta’s upbringing and upbringing, being the director of the intercultural center can be seen as a natural evolution of her academic pursuits and community organization.

As the daughter of working-class immigrant parents from Mexico and Peru, she once had to cross the Tijuana-San Diego border daily to attend college and knows firsthand how such an experience can contribute to feelings of invisibility. of a student.

“I didn’t have time to be on campus because I was working, going to school, and crossing borders,” Falcon Orta said. “I am very aware that this is a reality, and in the Valley too.

In May, she graduated from a joint program between SDSU and Claremont Graduate University with a doctorate in education. While pursuing his doctorate, Falcon Orta founded the student organization Transfronterizx Alliance and the Transborder Student Ally program at SDSU.

As a visiting scholar for the University of Arizona’s Borderlands Education Center, she has also conducted research and helped create inclusive spaces for cross-border community college students in the Douglas-Agua Prieta border regions. .

Amid such a busy schedule, Falcon Orta also found time to serve as an adjunct professor teaching online classes in the Counseling and Social Services Department at John Jay College of Criminal Justice.

Even in light of all those past accomplishments, Falcon Orta described his new role at SDSU-IV as a “milestone.”

“For me, this is a very exciting phase of my life,” she said. “I look forward to engaging, participating and learning more about the community here.”

So far, learning about the community has also resulted in a meeting with the Mexican Consulate in Calexico to discuss how the Calexico campus can help raise awareness of the resources the consulate provides to the community. .

Additional talks have included the nonprofit Jewish Family Services of San Diego, which offers higher education legal services that Falcon Orta said she would like to bring to campus.

Most recently, she met with SDSU-IV students, faculty, and staff to help craft the Intercultural Center’s mission statement. Already, Falcon Orta said she’s been impressed with the strong student leadership on campus, as well as the support of faculty members like history professor Gilberto Reyes and academic advisor Norma Aguilar.

To help raise awareness of the cross-cultural center, Falcon Orta hosted a roundtable on the Calexico campus that included representatives from key resource centers on the SDSU campus on December 8.

Local faculty and staff were also present. SDSU-IV Academic Advisor Aguilar said she would like to see the campus make stronger inroads with local Native American tribes, to help boost their recruitment and enrollment on the Calexico campus.

“I think that should be one of our goals,” Aguilar said during the roundtable.

Markco King, director of facilities at SDSU-IV, said he would like to see more recruitment and enrollment of African-American students.

As a member of the advisory board committee, King said he repeatedly tried to convince campus officials of the importance of further diversifying the campus community.

“I think we need to do a lot more on this campus so we can start attracting these students here,” King said.

Alex Sisti, known for his work with the Irish Cultural Centre, chosen as Grand Marshal of the St. Patrick’s Day Parade