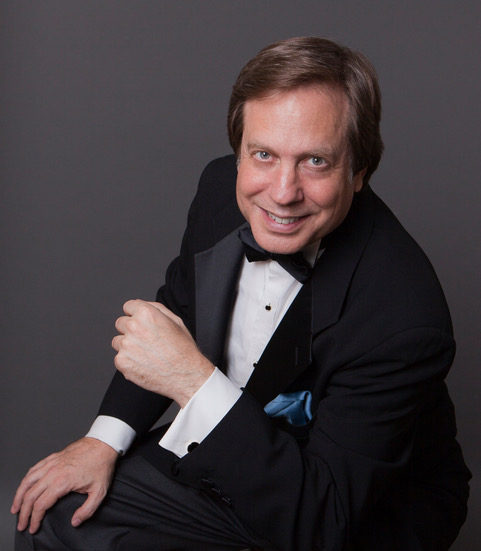 On Sunday October 10 at 3:00 pm, Stephen C. Widom Cultural Arts in Emanuel will be offering an AGAIN PRESENTATION of the virtual concert, “S’Wonderful, S’Marvelous, S’Gershwin! featuring composer and pianist Jimmy Roberts, who will perform selections from the music of George Gershwin.

Jimmy Roberts, songwriter of the second longest-running Off Broadway show in history, “I Love You, You’re Perfect, Now Change”, is also an artist who wowed audiences with his wit and special way with a song.

His recent engagements include the Merkin Concert Hall, Time Warner Center, 92nd Street Y, Steinway Hall, and the National Arts Club. For seven years, he was the featured pianist at the Drake Hotel in midtown Manhattan.

For Roberts, the eternally modern Gershwin sound is all about rhythm. Gershwin absorbed the rhythms of “modern” America: high-speed trains and planes, jazz joints in Harlem, the jagged syncope of life in New York.

Is it any wonder that two of his most famous songs are “I Got Rhythm” and “Fascinating Rhythm”? One of Gershwin’s many gifts was to mix these jazzy rhythms with traditional forms of classical music: rhapsodies (“Rhapsody in Blue”), concertos, symphonic poems (“An American in Paris”) and, of course, operas, with his masterpiece, “Porgy and Bess.”

But song wise, it took two Gershwin brothers to create the magic, and it was his older brother Ira who crafted the witty and touching lyrics that go along with George’s melodies. In fact, they received the Pulitzer Prize in 1930 for their satirical operetta, Of Thee I Sing.

All of this was accomplished in just two decades before George Gershwin’s untimely death at the age of thirty-eight. Roberts, who has long been a Gershwin enthusiast, will share fascinating anecdotes as he performs selections that are among America’s proudest treasures.

The truth is, the whole world knows and loves this Brooklyn street kid’s music. And all would agree, in his brother’s colloquial language, “S’Wonderful, S’Marvelous, S’Gershwin!”

This concert is funded by the Kisner-Levien families in memory of Donna Levien.

Registration for this virtual event is $ 10.
For more information, to register and buy a ticket, go to:

The exhibition of Christos Chrysopoulos at the “Melina” Cultural Center