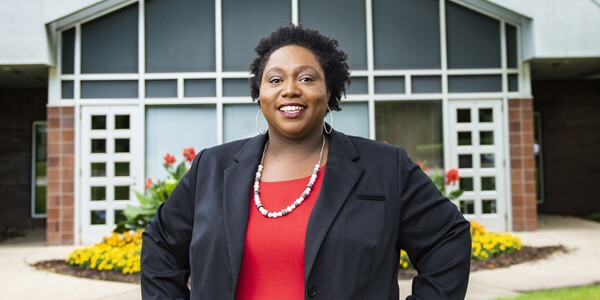 During a difficult year, the Center for Black Studies at NIU triumphed.

The center recently won the Cultural Center of the Year 2021 award from the Association of Black Cultural Centers (ABCC). Chosen from among its peers at universities and colleges across the country, the Center for Black Studies has provided extensive support, advocacy, education and empowerment amid a global pandemic and racial injustice.

â€œI think this award is a testament to our level of hard work,â€ said Dr. Anne Edwards, director of the center. “For us, it’s validation of all the work we’ve done, not just the staff at the center, but all the individual contributions and how they just flowed into the collective.”

Because recognition comes from peers, it takes on added importance, Edwards said.

â€œSo many other cultural centers are doing a good job,â€ she said. “It’s just a deep, deep honor to be chosen.”

ABCC encourages its members and affiliates to build community among ethnic groups through cultural centers in colleges and universities. The organization seeks to celebrate, promote and explore the historical and contemporary connections that African descendants have with Latinos, Asian Americans and Native Americans, while enhancing individual, community and global development.

As the association’s 2021 Cultural Center of the Year, the NIU Center for Black Studies has gained the recognition it deserves.

â€œI am incredibly proud of the Center for Black Studies at NIU for its tireless efforts to advocate, educate and empower our students,â€ said NIU President Lisa C. Freeman.

Anne Edwards, Director of the Center for Black Studies.

Celebrating its 50th anniversary in 2021, the Center for Black Studies at NIU addressed the two main themes of â€œliving in a time of pandemicâ€ and â€œcontinuing to march towards racial justice and equalityâ€.

â€œFrom a town hall of more than 200 black students to student-led protests, hundreds of students across campus have used their collective voices to implement change,â€ the report said.

Numerous programs, initiatives and events, delivered in person and virtually, engaged the campus and the community throughout the year.

The â€œHateful Thingsâ€ traveling exhibition, sponsored by the Center for Black Studies and the Friends of the NIU Libraries and hosted at the Pick Museum, was one of the most notable. Developed by the Jim Crow Museum for Racist Memorabilia, the exhibit showcased more than a century of negative iconography that shaped the way people perceived and interacted with black people from the end of the Civil War to the 21stst Century.

The center offered extracurricular events and initiatives inspired by the exhibit, including 10 guided tours of NIU classes, a virtual tour, and the development of exhibit-inspired lesson plans for middle and high school learners.

Events throughout the year included several town halls and panel discussions, as well as featured speakers, such as Dr. Stanley Arnold’s presentation of “Beacons of Their Race: African America and the Olympics, 1896-1948”.

â€œWhile the year of COVID-19 presented its challenges, we believe we have been flexible and responsive to continue to deliver quality and engaging programming to the entire NIU community,â€ said Edwards.

â€œOverall, the staff at the Center for Black Studies provided excellent support, advocacy and education. The creativity of the staff in programming, academic courses, and the means to provide support to students while simultaneously navigating their own personal experiences is to be commended. “