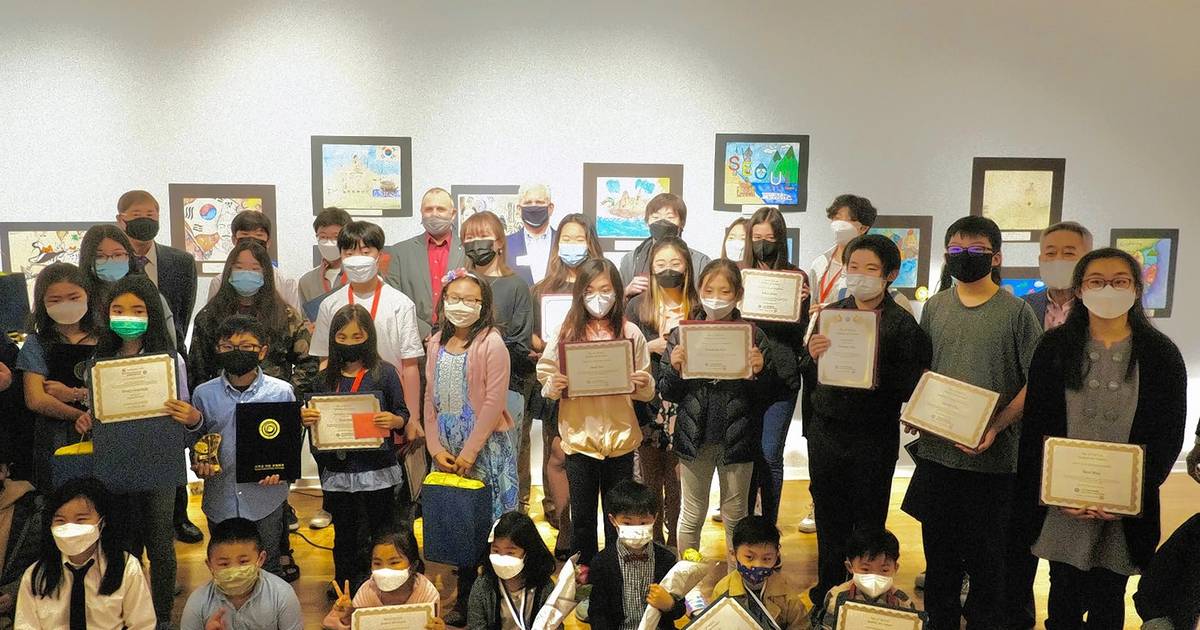 The third student art competition sponsored by the Korean Cultural Center in Chicago accepted artwork under the theme “Exploring K Culture” and held an awards ceremony and exhibition on Saturday, May 15.

The Cultural Center relaunched the competition, temporarily suspended since 2015, and set the theme of the work in view of the recent boom in Korean culture.

The competition took place in four categories, Kindergarten / Elementary, Primary, Middle and High School, with each level awarding first, second and third prizes, a total of 12 winners, and one grand prize winner – the “K-POP” of Naransolongo Batgerel Meet Korean dance. “

In addition, special prizes, honorable mentions and artistically creative prizes were selected, and commemorative T-shirts were provided to all participants.

Until June 24, the award-winning works will be on display at the Raupp Museum, a regional history museum in Buffalo Grove at 901 Dunham Lane, in partnership with the Korean Cultural Center of Chicago.

The Korean Cultural Center of Chicago, 9930 Capitol Drive, Wheeling, is a non-profit organization whose mission is to promote and organize Korean cultural, artistic, educational and social activities. The Korean Cultural Center in Chicago seeks to be a community landmark where people of all ethnicities can come together and explore Korean traditions and culture through various courses, programs and events.

About 80,000 people visit the cultural center each year. The Korean Cultural Center in Chicago strongly encourages intercultural understanding which can embrace and enable all to coexist peacefully.

The event raises $ 75,000 for the programs of the Ponte Vedra Beach Cultural Center