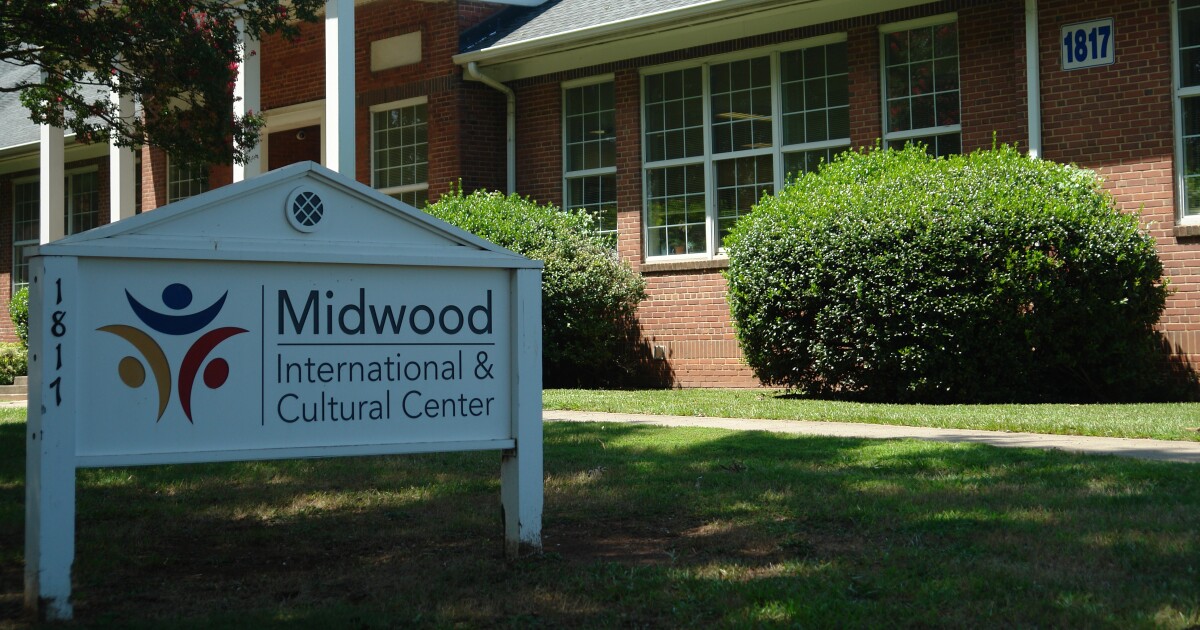 After Maheder Yohannes and his family left Ethiopia more than a decade ago, the Midwood International and Cultural Center on Central Avenue quickly became a familiar place. They were able to access important legal resources there through International House, one of the centre’s main tenants.

“We actually went to that space and spoke to the lawyers who were there, and they were able to help us through the whole immigration process, helped us get our green card and then helped us through it all. of the citizenship process,” she said.

Since then, the nonprofit center, formerly Midwood Elementary School, has become a gathering space for Ethiopian and Eritrean communities.

Now, time is running out for the tenants of the Midwood International and Cultural Center. There is one year left for the associations that are housed there before having to hand over the keys to the historic monument to the property developers.

These immigrant and arts organizations are now looking for an elusive alternative – a new space in Charlotte that is both affordable and accessible.

Yohannes worries about how immigrant communities will be affected.

“I hope they move somewhere else, but I feel like there is no better place for the International House or the MICC than this space, just because there are so many international communities that are hosted in and around this space,” she said. .

The house’s international director, Autumn Weil, said the sale came as no surprise. But the organization is struggling to find a space that offers the affordability and ease of access it enjoyed for 12 years at Plaza Midwood.

“There are grassroots nonprofits here, including ourselves, that we can’t go out and pay market rate like a for-profit business can,” Weil said. “And so, to be honest, we’re really struggling to find our next home which will be this international community and this welcome center like we are here.”

Over the years, the old school building has turned into a nonprofit center for tenants like International House, the Japanese Association, Charlotte Lit, and Action NC. Groups like Tesfa Ethiopia (co-hosted by Yohannes), Alliance Française and Black Pride have taken advantage of the auditorium space to hold events.

“Over the past 12 years, we have also become a host of many international festivals and activities within our auditorium, and this opportunity will probably not be available in the future, unfortunately,” Weil said.

“It’s amazing,” Mica said. “We hear eight different languages ​​in our hallways at all times when people come for our legal services. We have all different nationalities and cultures coming into our offices. It feels like the world is here at International House when you are here on a typical day.

Paul Reali with Charlotte Lit worries that the cultural significance of the site has been overlooked for profit.

“At the end of the day, what’s going on in this building is how to make money on this plot, [which] going to be to get rid of the people that are here, to overthrow it, to convert it, to do something with it that makes it inaccessible to the organizations that are here,” Reali said.

As the literary arts organization explores rental options, it discovers that its situation is not unique.

“What we found is that there is a huge need for office space, classroom teaching space, rehearsal space and performance space,” Reali said. “There’s still somewhere, you know, a mill building, a property, something that would actually make a great permanent arts center for a mix of different kinds of arts organizations. And I think our city should have one.

Charlotte Lit considered following another displaced tenant, the Light Factory, to the VAPA center on North Tryon Street. Reali said he discarded this option as the future there is also uncertain.

Light Factory executive director Kay Tuttle said the Mecklenburg County-owned VAPA Center was a good fit for organizing the photographic arts, but the solution is temporary.

“We still don’t know how long until we look for another space that’s close to Charlotte and affordable and all these things that are getting harder and harder to find,” Tuttle said. “We kind of feel like nomads because we’ve been to so many different places.”

“International House hopes to stay on the east side because that’s where our population tends to live,” Weil said. “Immigrants, refugees, asylum seekers, non-English speakers, they need to be close to where they get help because they’re not driving yet. It is difficult to navigate on public transport. And so it’s important that we stay within the community in which they live.

Weil acknowledges that it will be very difficult to replace what they found at Midwood Elementary.

The site opened in the 1930s as the first elementary school to serve the Central Avenue corridor. In November 2016, the City of Charlotte named the former Midwood Elementary a historic landmark.

The designation imposes restrictions on altering the exterior of the property. But that doesn’t protect the building from demolition, said Jack Thomson, executive director of the Charlotte-Mecklenburg Historic Landmarks Commission.

“While the Historic Monuments Commission has the ability to review and approve or reject proposed material changes to a designated monument, we are limited in our ability to refuse or reject demolition proposals outright,” said Thomson.

When demolition requests are made, Thomson said there is a 365-day waiting period to allow community feedback and explore alternative options.

“We have not received any inquiries relating to the Midwood Elementary, either for demolition or for any proposed physical modifications,” Thomson said. “So as far as we know, everything is status quo.”

Compliance Corporation’s Monte Ritchey did not respond to requests for comment.

The remaining tenant at the cultural center will have until September 2023 to find a new space.

Comment: “I cannot agree to use taxpayers’ money for a cultural arts centre”