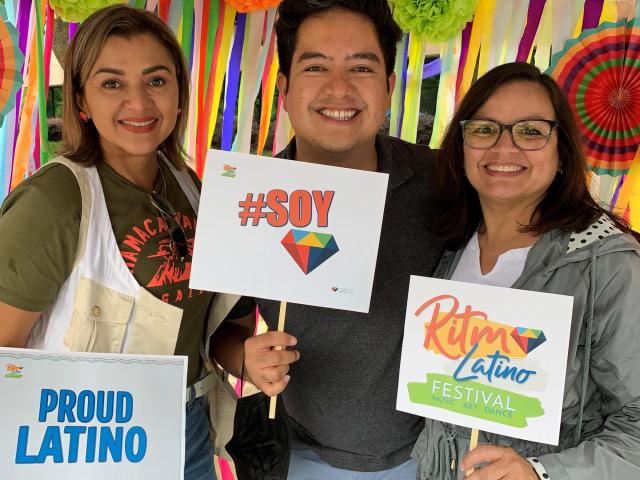 How the Diamante Arts & Cultural Center shines a light on Latino culture :: WRAL.com

This article was written on behalf of our sponsor, Whitley Law Firm.

The Diamante Arts & Cultural Center is one of North Carolina’s most important cultural institutions. The center’s executive director, Lizette Cruz Watko, founded it to showcase the diversity of the Latino community in North Carolina. The center offers classes, lectures, documentary screenings, movie nights, and various other programs that celebrate Latino culture. Having existed for 27 years, the organization began when there was only a small Latin American population in the state; now it totals over 1 million people.

As North Carolina’s oldest Latino arts and culture institution, Diamante is designed to explore the diversity of the Latino community. The organization began with awards created to recognize achievement within North Carolina’s Latino community. The awards are unique as it is a public nomination process with awards in the areas of art and culture, education, business, community engagement, health and science, and defense of Latinos. This award hopes to showcase community to eradicate some misconceptions about community. In addition to these six awards, the center awards a prize to young people, based on their involvement in the community, and there is also a lifetime achievement award.

Another popular event at the Diamante Arts & Cultural Center is the Ritmo Latino Festival. This event celebrates all aspects of Latino culture, from music and dance to food and art. The festival also features several vendors selling traditional Latin American crafts and products. The Diamante Arts & Cultural Center also has a gallery that features works by Latino artists from North Carolina. The gallery is open to the public and everyone is free to enter and see the works on display and to visit the studios of working artists.

Cultivate the arts in the community

The Diamante arts and culture center also offers courses and workshops. For children, these classes help foster a love of the arts and provide them with positive role models. “The community response to these opportunities has been wonderful,” Watko said. “We’ve always had the support of the community at large.”

With only two part-time employees, the Diamante Arts & Cultural Center relies heavily on donations and volunteers. As one of their main supporters, Raleigh-based Whitley Law Firm is excited to see the growth of the arts and culture hub. “As our Hispanic community grows in North Carolina, we wanted to be involved with an organization that truly promotes Hispanic culture. As people move around the state, especially if they immigrate, they’ve lost that feeling of being at home,” Ben says Whitley. “Within any immigrant population, there is usually mistrust or misunderstanding of institutions. Law firms and the legal system can be intimidating and inaccessible institutions. By supporting an organization that promotes culture and community, we want to show the Hispanic community that we support them in a sustainable way. »
“We’re trying to fulfill a community dream,” Watko added. If you would like to consider making a donation to the Diamante Center for Art and Culture, donations go to the different programs they offer and help keep the lights on and the doors open.

This article was written on behalf of our sponsor, Whitley Law Firm.