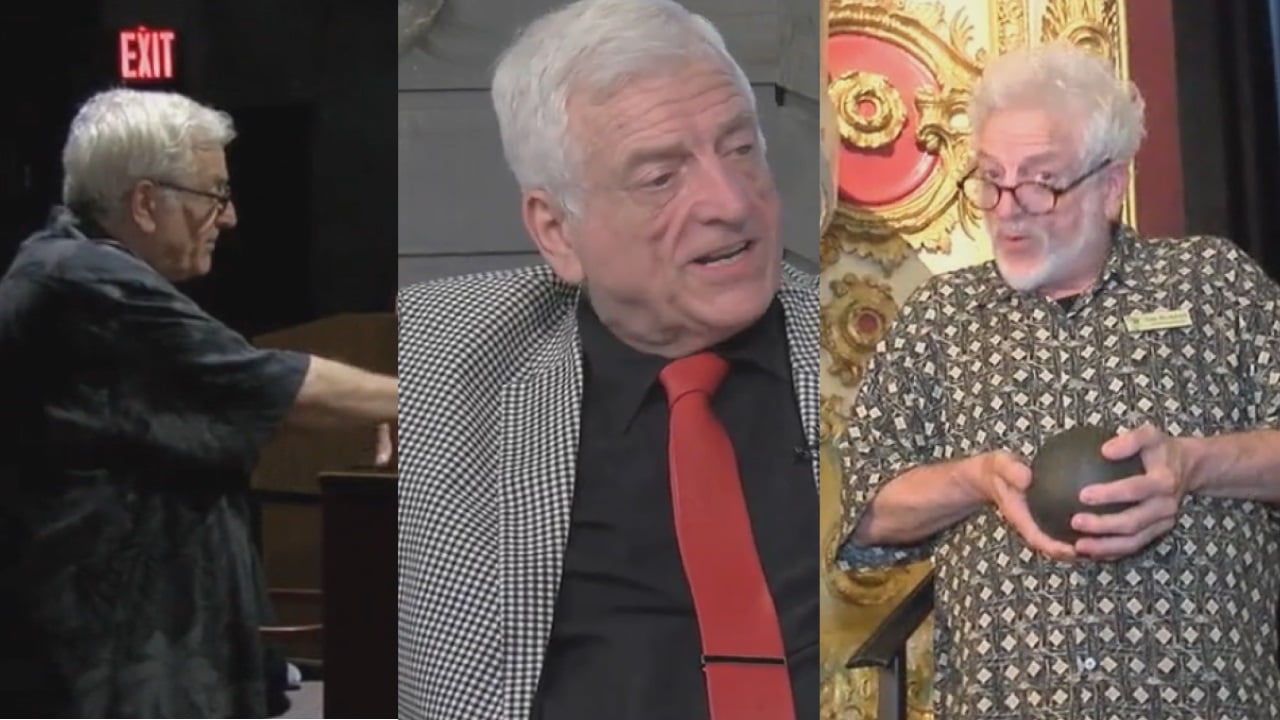 WILMINGTON, NC (WWAY) — Many people in Cape Fear are mourning the loss of Tony Rivenbark after news broke of his death Tuesday afternoon.

The board and staff of the Thalian Hall Center for the Performing Arts, Inc. announced Tuesday that executive and artistic director Tony Rivenbark died Monday night.

Rivenbark was the first and only executive director of Thalian Hall. Wilmington Mayor Bill Saffo says his vision for the arts will live on.

“Good person. I loved this community, I loved this hall. He was also an amazing historian. On top of all that, he knew so much about the history of not just this building, but this community said Saffo. “Even in his last days he had a meeting with me to tell me the things he wanted to see completed and done and we are going to respect those wishes and do those things.”

Not just a legend in Cape Fear, Rivenbark has helped communities across the country revitalize historic theaters and cultivate arts scenes.

“His impact is very broad. A lot of people don’t know that. They know Tony here in Wilmington, but he’s respected in so many communities across our country,” Shane Fernando said.

Shane Fernando worked alongside Rivenbark as artistic director of the Wilson Center, but long before they were colleagues, Fernando grew up with Rivenbark at Thalian Hall. He says Rivenbark was his mentor and dear friend. On Tuesday, Fernando said he had already picked up the phone three times in the afternoon to call Rivenbark.

“I was writing a statement for the Hall thinking, ‘Would Tony want it this way or that way?’ so I picked up the phone to call him and they reminded me that he was no longer with us,” Fernando said.

Fernando says Rivenbark showed his love and passion through his actions, so he may not have always had the chance to verbalize how he felt about his love of the arts and his community.

“He loved this place so much. He loved the people of this community so much. All he wanted was to give them a better and better experience. said Ferdinand. “I don’t know if he always had time to say that because he always did.”

Most people will remember Rivenbark for his tremendous contributions to the theater community, breathing new life into downtown Wilmington and his passion for the arts. Besides those things, Fernando remembered who Rivenbark was offstage and behind the scenes.

“His stories, oh my. The stories he had were just amazing, about history, about growing up in County Duplin,” Fernando said. “He was a keen gardener. He had the most magnificent and huge garden in the city center. I called it the secret garden because you would never know it was there. I don’t know how he got his plants to be so tall. There was always no room for the plants because they were growing so well.

Fernando says Rivenbark was adventurous and always up for trying something new, whether he was excited or not.

“There is something he has always dreaded every year. Every Halloween, I have this love-hate relationship with haunted houses. I love them but I’m afraid to go. He didn’t get it, he didn’t have Halloween, which was really funny as theatrical as he was, but I would make him go to haunted houses with me every year,” Fernando said. “The second year, I called and asked if he was ready to go to the haunted house and he was like ‘Well, I would say no this time because I didn’t have fun, but I thought amused to watch you.’ So he would go and laugh at me being freaked out in these haunted houses every year.

Through his passion for the arts, Fernando says Rivenbark inspired those around him with his heart of gold, appreciation for the past and vision for the future. The vision that will persist in Thalian Hall and in theaters nationwide for years to come.

“Although we lost him today, we are so lucky to have had him and to live on with his contributions in this city for the very long foreseeable future,” Fernando said.

The Guadalupe Cultural Arts Center presents Grupo Animo In RE-IMAGINATION: COLLIDING INTO ONE