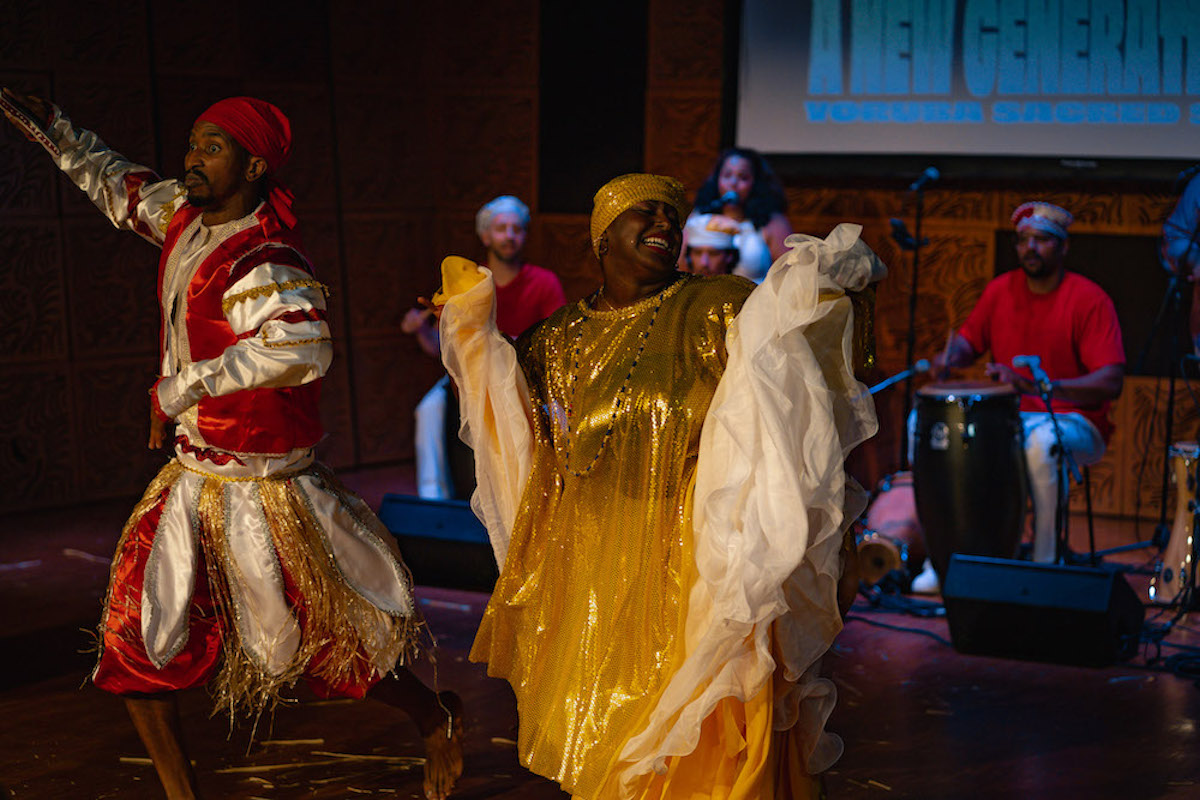 the Caribbean Cultural Center African Diaspora Institute (CCCADI), the multidisciplinary New York institution founded nearly five decades ago, has just signed a 49-year lease for a new cultural center in East Harlem. Located at 201 East 125th Street near its longtime home, the physical site will provide the organization with an additional 5,000 square feet to pursue its mission of bringing together members of the African Diaspora through art, music and community. .

“The expansion of CCCADI’s presence in an ever-changing Harlem reinforces our commitment to serve as an anchor and reflection for the people of Harlem, especially African descendants, and the promise that states that we are here and here to stay,” Melody Capote, executive director of CCADI, said in a statement.

the The new location is intended to house the Institute for Racial and Social Justice in Arts and Culture, which has grown rapidly in recent years. With an alumni network of 240 artists and cultural workers, just under half of whom have been added over the past two years, the CCCADI felt the need to mobilize a space equal to the task to support the growth of the institute. His vision is that the new center will provide a hub for artists to collaborate, create, perform and “affirm their roots and their diverse cultural expressions. This will also include a larger presentation space to bring the local community and visitors together.

The site will be part of One East Harlem, a 19-story mixed-use development that will feature 300 “affordable” apartments and 100 market-priced units, in addition to 65,000 square feet of retail space. CCCADI will share the building with other cultural organizations, including groove with mea dance development center for young people. Its promoters and owners include The Richman Group, Bridges Development, Monadnock Development, Hope Community and El Barrio Operation Fightback. Several of these groups focus on affordable housing projects, and Hope Community and El Barrio Operation Fightback are community-based nonprofits.

One East Harlem resulted from the East 125th Street Development Project, promoted under the administration of former Mayor Bill de Blasio and sometimes criticized. Lawyers from the nonprofit Legal Aid Society have expressed concern that above-market units in the development will worsen gentrification and displace residents from their homes. Harlem’s demographics as a whole regularly undergo dramatic changes: Census data released last year show that the neighborhood has gained more than 18,000 white residents and lost thousands of black and Hispanic residents over the past decade. Hyperallergic reached out to One East Harlem for additional information about the building’s mixed-use units and their affordability for local residents.

CCCADI’s permanent home is located just one block from the new fire station center on East 125th Street, which the organization acquired for $1 when the city decommissioned five citywide fire stations and repurposed them as cultural centers. After years of renovations totaling $9.3 million which CCCADI raised from government, private foundations and individual donors, it opened in 2016.

Reflecting on the organization’s choice to locate in a neighborhood that has been disrupted by gentrification, overpolicing and divestment, hyperallergenic senior reviewer Seph Rodney wrote at a time when “by reopening here, it affirms that a cultural organization is part of the infrastructure of a community, supporting it by providing space for the vital representation of its audience and its cultural history”. With the announcement of its new space, CCCADI continues to assert this claim.