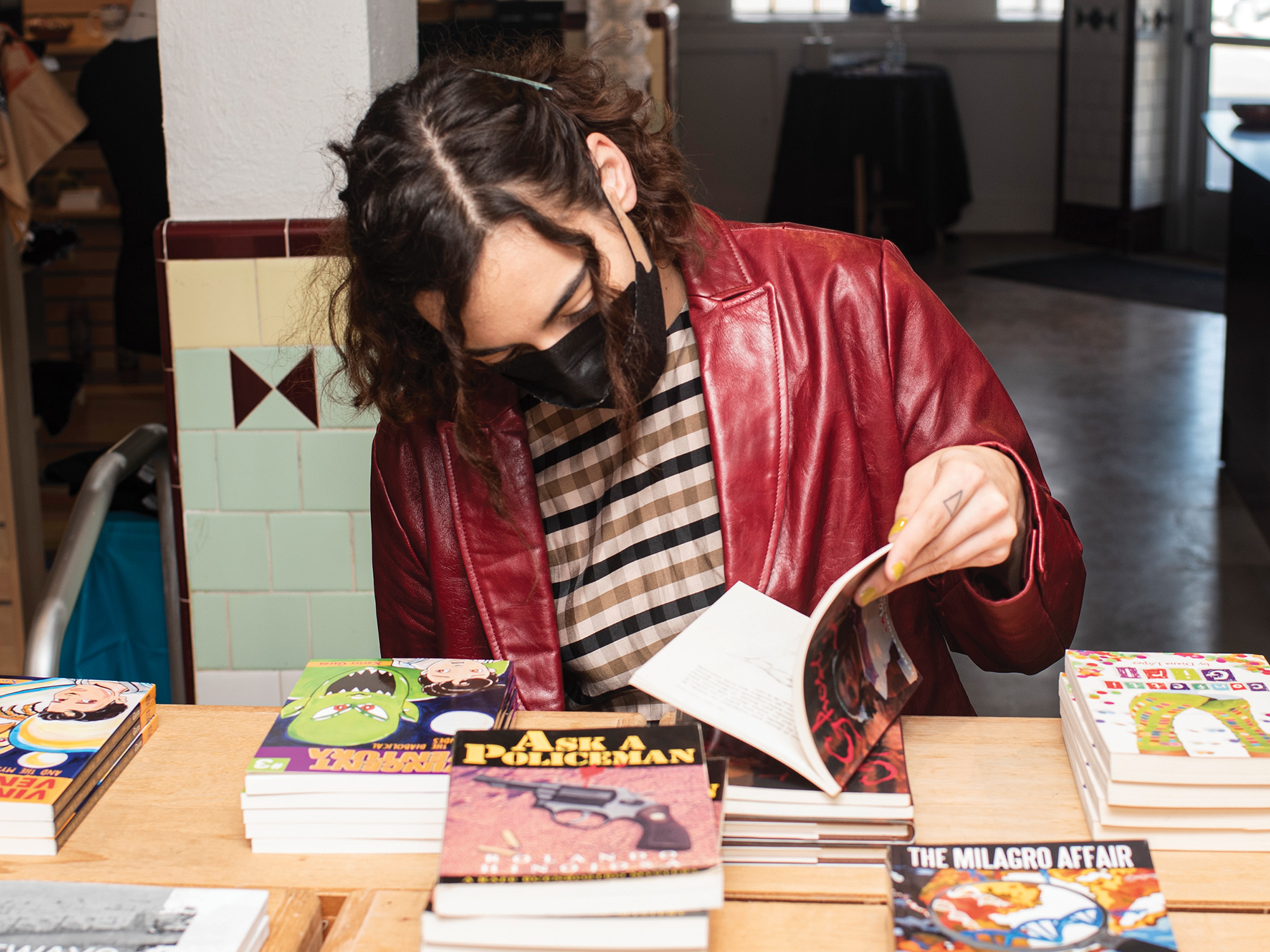 Between the lingering global pandemic and the ease of ordering titles on Amazon, Cristina Ballí and Tony Diaz know the idea of ​​opening a bookstore now is, at best, countercultural.

That’s why the recently opened Latino Bookstore at the Guadalupe Cultural Arts Center is as much a community center as it is an outlet.

“We want to create readers for life,” says Diaz, the magazine’s author, activist, professor and literary curator. “We’re all about community, so we’re not trying to compete.”

Located in the former Progreso Pharmacy, which was also once a visitor center, the store is stocked with titles by Latino-Texan authors, as well as books on Mexican-American studies and culture, all curated by Diaz. Its main window offers a view of the GCAC theater across the street, and it sits next to an outdoor gallery and plaza where Diaz says they will host author events. and more.

“It might be the only place in Texas where you can have that kind of think tank,” Diaz says, explaining that there’s now a reason to visit the GCAC almost every day of the month.

Ballí, who became executive director of the GCAC more than five years ago, approached Diaz about the idea of ​​a bookstore shortly after taking over as director and worked to make the store successful despite the pandemic, in part with facility funding from a 2012 city bond. (The nonprofit also received a surprise $1 million grant from MacKenzie Scott, the philanthropist and ex-wife of the Amazon founder.)

Diaz credits Ballí with the determination to carry on despite the circumstances. The GCAC is located in one of the poorest postcodes in the country and Ballí no longer wanted it to exist in a “desert of books”. With the opening of the store, residents and nearby schools now have access to literature that speaks to the culture of the region. “It was important for the Guadalupe to take it to the next level now,” Diaz said. “We want the community to feel at home and take it for granted that they have one of the premier sources of Latin literature in the state.”

Diaz says they want to be a destination for the neighborhood and for readers across the state, while encouraging people to build their own home libraries and helping to develop the next generation of Latino writers and readers.