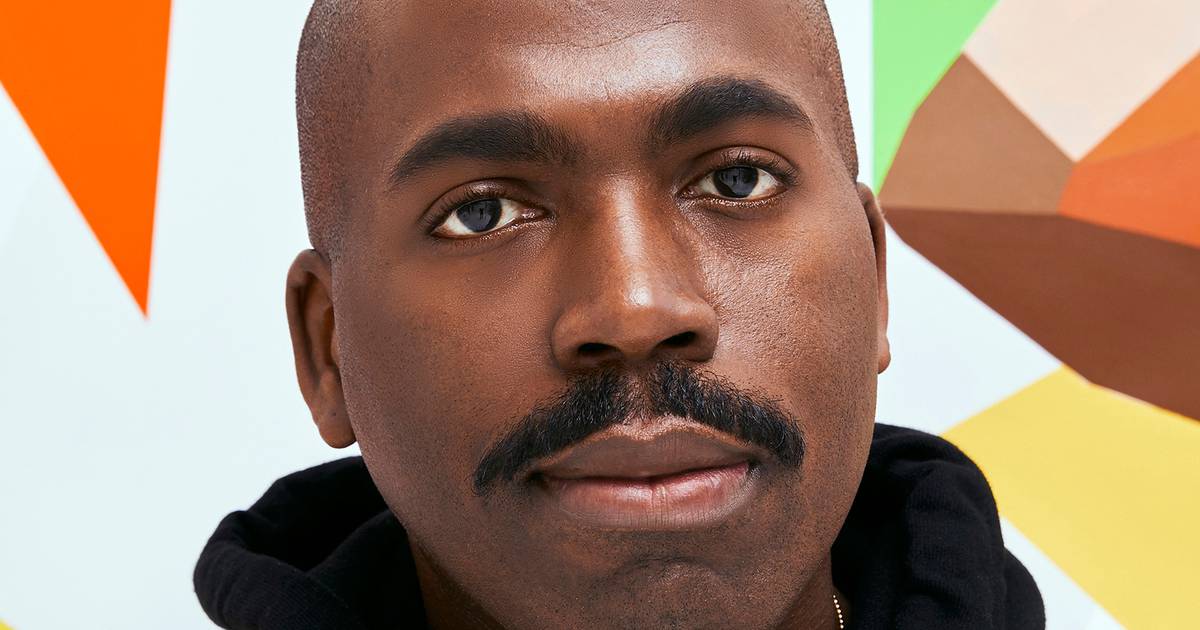 Derrick Adams moved to New York from Baltimore nearly 30 years ago because there weren’t many opportunities for him as an artist. Now Adams, 52, whose work has been recognized around the world, wants to create spaces for black artists in Baltimore, so they don’t have to leave home to find success.

Two years ago, he bought a 7,250 square foot lot on Greenmount Avenue at Chestnut Hill Avenue in Waverly in North Baltimore for about $50,000 to build a cultural center known as the Black Baltimore Digital Database. In December, the Mellon Foundation awarded the organization a $1.25 million grant over two years to create a database of black cultural history in Baltimore. The current plan is to open it within the next five years.

Plans also call for the creation of an artist-in-residence program in the same neighborhood called Last Resort Artist Retreat. It will open nearby next year, according to Jelisa Blumberg, creative director of Black Baltimore Digital Database.

Adams said he hopes the database will encourage people to learn more about the contributions of black people like Baltimore native Billie Holiday to the city’s history. The building, especially the art gallery, will also allow black artists to showcase their talent, he added.

“The history of black contributions to culture is overlooked, and it’s a very important part of American history,” he said. “There were so many pioneering black Americans in Baltimore who established a lot in the social and political world.”

He said his organization will be different from other institutions dedicated to black history in the city — such as the Reginald F. Lewis Museum and the National Great Blacks in Wax Museum — because it will have digital archives. Families will also be able to store the digital memories of their loved ones.

“I’ve traveled around the world and seen other cities in the United States doing some of these things that interest me,” Adams said. “What I do is not necessarily unique… What I think is unique is that I create a digital component of the record of history that will make things more accessible.”

“The Black Baltimore Digital Database will collect and celebrate the lives and contributions of Black people in Baltimore and to our nation’s culture and development,” he said.

Adams, who now lives in Brooklyn, New York, grew up in Park Heights in Northwest Baltimore and graduated from Harbor City Academy in East Baltimore in 1989.

Before earning a BFA from Pratt Institute in Brooklyn about 30 years ago, he worked full-time while taking classes at Baltimore City Community College and Maryland Institute College of Art. In 2003, he earned an MFA from Columbia University in New York. He is also the Associate Co-Chair of Brooklyn College’s Master of Fine Arts programs.

Her mother, Sandra Davidson, and her father, Walter Adams, are both deceased. His parents separated when he was 11 and he grew up with his stepfather, Guy Curtis Davidson. Her older sister, Victoria Adams-Kennedy, is a Baltimore-based writer.

At age 9, he won a city art contest while attending Edgecombe Circle Elementary, which is now Park Heights Academy. The poster was then hung in the mayor’s office.

“I’m happy to see him being recognized and acknowledged for what has been his life’s work,” said his sister Adams-Kennedy, from northeast Baltimore. “He is always a person who gives useful advice to people.”

Plan your weekend with our picks for the best events, restaurant and movie reviews, TV shows and more. Delivered every Thursday.

Blumberg said artists will be able to retain ownership of their data stored in the archive.

“He does not belong to an institution. He becomes [kind of] a space of shared ownership over data,” she said. “It’s also exciting because we also want to have different tools for people who might not always have access to audio recording or photo scanning.”

Adams said the goal was to focus on the positives of the city.

His works, which often focus on uplifting black culture, have been featured in venues including the Museum of Arts and Design in New York and the Museum of Contemporary Art in Denver, both in 2018. Additionally, his public exhibitions include “Men of Change: Power.” Triumph. Truth.” at the National Underground Railroad Freedom Center in Cincinnati in 2019.

“[I get inspired] observing black culture and its movement,” he said.

This article is part of our Newsmaker series, which features notable people from the Baltimore area who are impacting our diverse communities. If you would like to suggest someone who should be profiled, please send their name and a brief description of what they are doing to make a difference to: Diversity, Equity & Inclusion Editor Kamau High to [email protected].